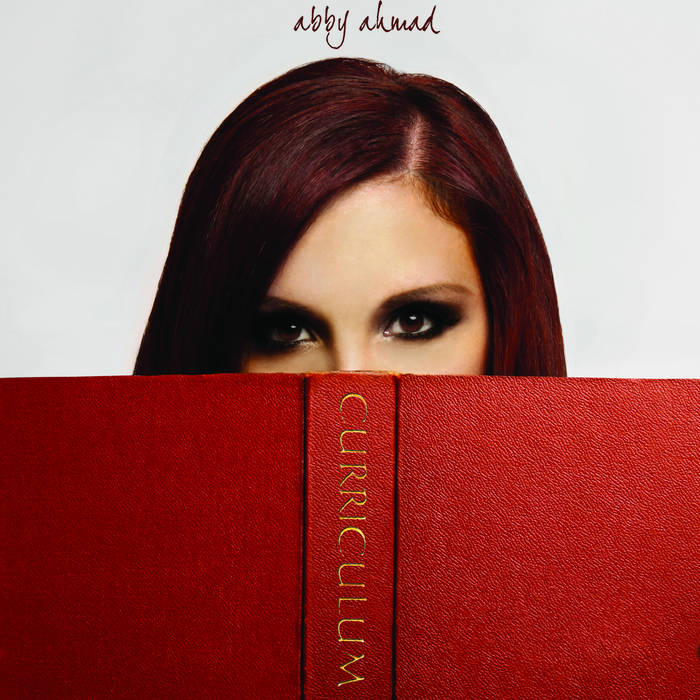 CURRICULUM, (the follow-up to Abby Ahmad's acclaimed debut, THE REARVIEW), marks a metaphoric and musical evolution for the 28-year old songwriter. Inspired by the thrilling yet frenetic challenges of being an emerging musician in NYC, CURRICULUM documents the path to independence (both musical and personal) navigating the many lessons learned along the way.

The album’s production values were crafted with a similar mentality. Abby teamed up with Brooklyn-based producers Mark Marshall and Nathan Rosenberg. Together, they have produced an organic, searing portrait of sound and emotion.

Adding to the album’s sonic maturity and authenticity are a stellar lineup of NY musicians including the horn section of legendary musician Levon Helm and Grammy award winning multi-instrumentalist, Michael Leonhart.


"Abby Ahmad is one of those rare talents who is at the ideal position in her artistic journey when craft, skill and talent have all developed to an equal point and coalesced into a magnificent apex of achievement. Her latest album, CURRICULUM, is easily on par with the works of Dylan and Dickinson or even Plath. "
-Allen Foster, Songwriter's Monthly


"When the louds and quiets are embraced and explored in guitar-based folk-rock, it can only serve to make the delicate melodies more capturing and the hammering strums more exclamatory. Not afraid to challenge the listener with literate lyricism and intricate song structures, this is an ambitious group of songs that will keep you coming back to catch all the subtleties."
-CD BABY Editor's Review

Horns on Borders, Up and Through, and Going Gone recorded @ Candyland, NYC. (Michael Leonhart, engineer)

Horns for Borders, Up and Through, Going Gone: Michael Leonhart

String Arrangements for Q & A, Lost on Me: Nathan Rosenberg

Bandcamp Daily  your guide to the world of Bandcamp

Benji B talks about his new compilation ‘Deviation Classics’